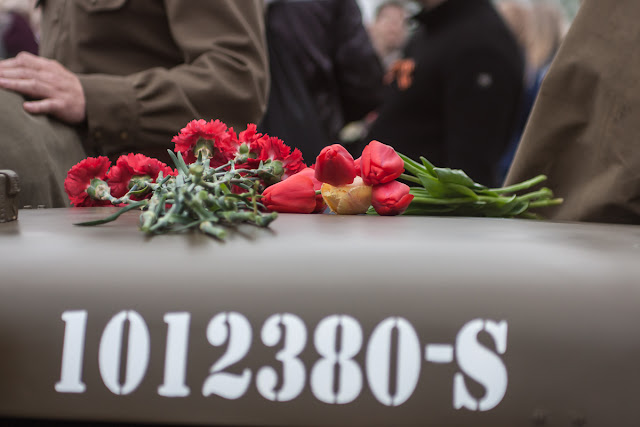 On Wednesday 9th May, Victory Day, we travelled in convoy to Poklannoya Gora, the site of Victory Park. In period uniform and vintage vehicles, members of the 13th Guards and of Club Divizion proved popular with visitors to the park, so much so that many of our party missed out on looking around the Museum of the "Great Patriotic War" [WW2]. There was a ceremony, flowers and wreaths were laid at the eternal flame, and there was international TV coverage including one of our party, Scott, being interviewed for Russain tv. Traditionally, red carnations are laid, but only in multiples of 2.


On Victory Day the park becomes the centre of Moscow's celebrations, and as many of the remaining veterans and survivors as can do so make there way there, along with scores of the younger generations. In Russia the emphasis is on celebration rather than remembrance, and this is one of the most popular public holidays. We were honoured to be a part of this day with our new Russian friends. 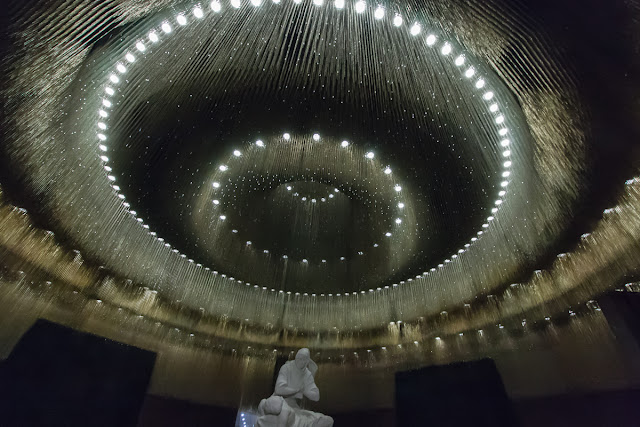 Inside the Museum, at the end of a long Hall of Remembrance where books of remembrance containing the 26,000,000 names of the war dead are housed in glass cases, stands a statue of a mother and her dead son in a circular room. Along the hall and in that room there hang from the ceiling fine chains, some with a crystal teardrop attached, one for every day of the war - 1,418. I was impressed by the ways in which the enormity of the war's duration and the extreme loss of life were represented. 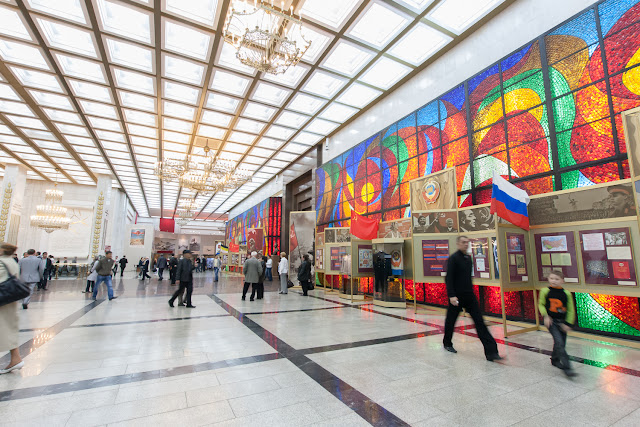 The museum is vast. A number of our party returned a few days later to have a proper look around. 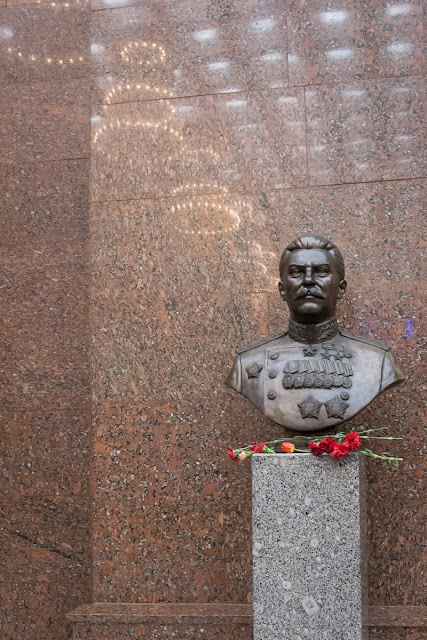 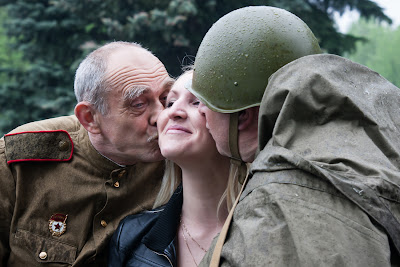 Many many Russians wanted to have their photograph taken with re-enactors. 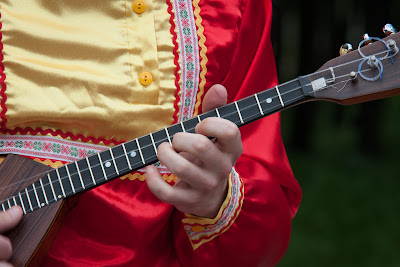 There was a performance of traditional balalika playing. 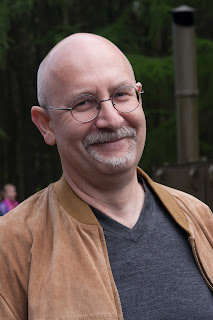 A stranger smiles - he paused while I was taking a photograph and smiled back when I smiled to thank him. A smile is the same in any language.
at June 12, 2012 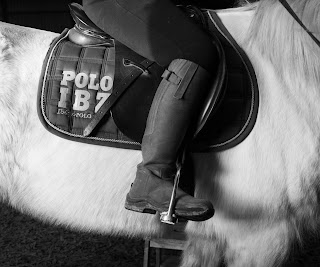